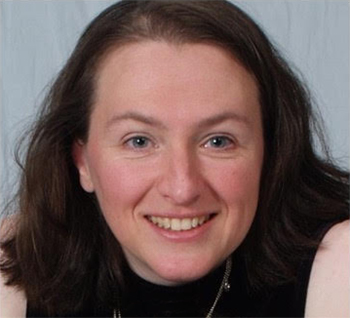 Robin Firth has been caring for people for over twenty years through her nursing work at local hospitals and businesses.  She earned her Bachelor’s Degree in Nursing from OHSU. Expanding her skills further, she recently earned her Irlen® Diagnostician Credentials from the Irlen® Institute. She now runs IrlenPDX, as a Certified Irlen® Diagnostician serving Portland and the Willamette Valley.

Robin is an Oregon native, growing up in Dallas, Oregon.  She enjoys spending time with her family, scrap-booking, and snorkeling.

As a nurse, and a parent, I have always enjoyed the “Aha!” moment that happens when helping people. When my very bright daughter reached the 3rd grade, she took far more time to finish her homework than her classmates did.  Searching for the root cause, I took her to numerous appointments with different ophthalmologists and optometrists.  Each time I was told, “There is nothing wrong structurally with her eyes and glasses probably wouldn’t help at this time.”  As a mom and a nurse, I just knew there was something missing and I needed to think outside of the box.

My daughter was screened three times for dyslexia.  We even tried vision therapy. Nothing worked.  When she finally asked me where the words went, I began to understand what she was seeing.  I asked her to tell me more and she said, “Sometimes when I read, the words start to fade until the page goes pink.”  So she was prescribed reading glasses due to “eye fatigue.”  When glasses didn’t solve the problem I searched further.  Months later, the right Google search led me to Irlen® Syndrome.  Her skeptical eye doctor said it probably won’t work.

During the Irlen® screening, my daughter lit up.  Like a secret decoder ring, the right tints just worked.  I could see it in her eyes.  All those years of struggling and it was so simple.  I became a screener to help other children have that “Aha!” moment and to not have to go through the struggle my daughter went through.

Growing up has plenty of unpleasant challenges; reading should NOT be one of them.  My mission is to help every child with Irlen® Syndrome reach his or her full academic potential.  By educating and screening one child at a time, I hope to make life a little less painful.